In PlanetTogether, Alternate Paths specify the precedence relationships between operations, thus indicating the path that is followed through the shop to produce a product. The path or routing is generally created in the order that the operations were created. However, if there are multiple ways to produce the product or the order needs to be changed, users can make the appropriate changes in the Alternate Paths tab of the Job dialog. For example, if Operation 1 is usually followed by Operation 2, but you want the option to perform Operation 2 before Operation 1, you can add an Alternate Path to specify this preference.

To set up an Alternate Path, open up the Job dialog and go to the Alternate Paths tab. From there, click the "New Alternate Path" button, which will add a new Path row. To add operations to the path, click the "Link Operation or Successor." The order in which the operations are added will determine the alternate routing for the job.

Note: Alternate Paths will define a different order for the operations, and they can have a smaller or larger number of operations than the default path. 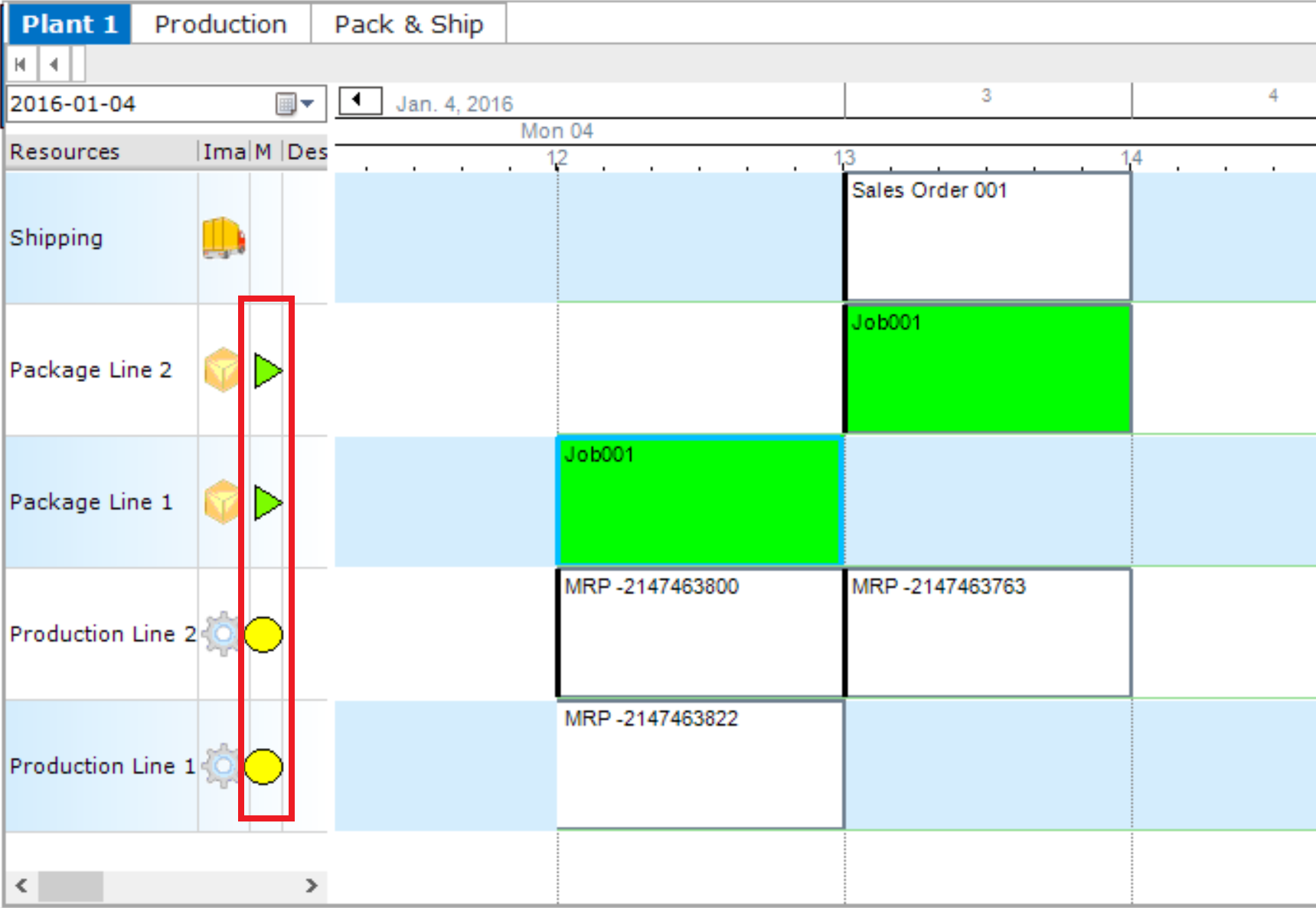 Alternate Paths can also be used if you want the option to use different resources. For example, you can have four people working on an operation or eight people and go twice as fast. In this case, each alternate path will have a different operation, and one will have more resource requirements and a shorter cycle time.

During an Optimize or Expedite, this feature allows PlanetTogether to select which Alternate Path it will use to schedule a manufacturing order. In cases where there are multiple methods of producing an item, you can use the Automatic Alternate Path selection to select which method to use. To use this feature, a "Default" Path must be defined, and other less desired paths must be allowed to be selected as the Need Date of the manufacturing order approaches.

To enable the automatic selection of Alternate Paths for optimizing and expedite:

Note: To manually change a manufacturing order's alternate path, you can hold the Atl key while moving the operation to another path.

The following conditions will cause the Manufacturing Order to be scheduled on its Current Path Only during optimize and expedite:

Note: When using the expedite function, there are two exceptions to the list above: