In PlanetTogether, Scenarios contain all the data for the factory model including plants, departments, resources, items, inventories, operations, and financial information. The data found in the system can either be entered manually or imported from an ERP system.

Scenarios can be found at the top left section of the screen. Each type of scenario will appear as a different colored tab when they are copied:

Note: There can only be one Live Scenario at a time.

PlanetTogether allows users to have increased or restricted access to view and modify certain scenarios. This can be useful to avoid confusion by having non-planners and schedulers see all of the scenarios being tested out. You can also restrict access to modify the live or what-if scenarios. Additional information on user permissions and settings can be found here.

For example, you can easily look at the impact of adding a machine by:

Note: What-If scenarios are watermarked with "What-If" so the scheduler can keep track of which scenario they are working with. 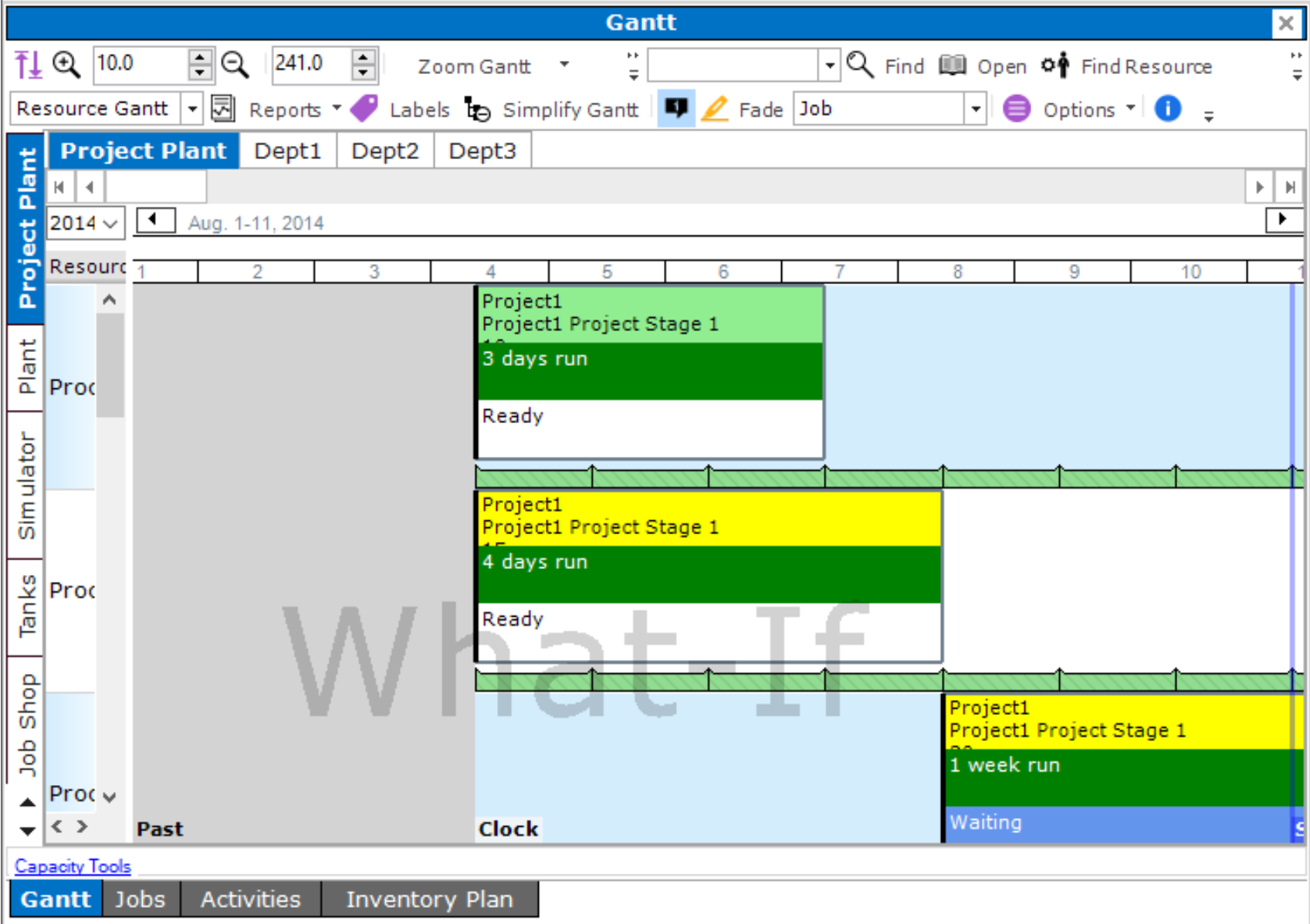 Note: The length of the Short-Term span can be configured in Settings | System Options. The short-term value starts calculating from the scheduling clock which means that the short-term span will change when the clock is advanced.

Short-Term scenarios are also watermarked with "Short-Term" so the scheduler can keep track of which scenario they are working with: 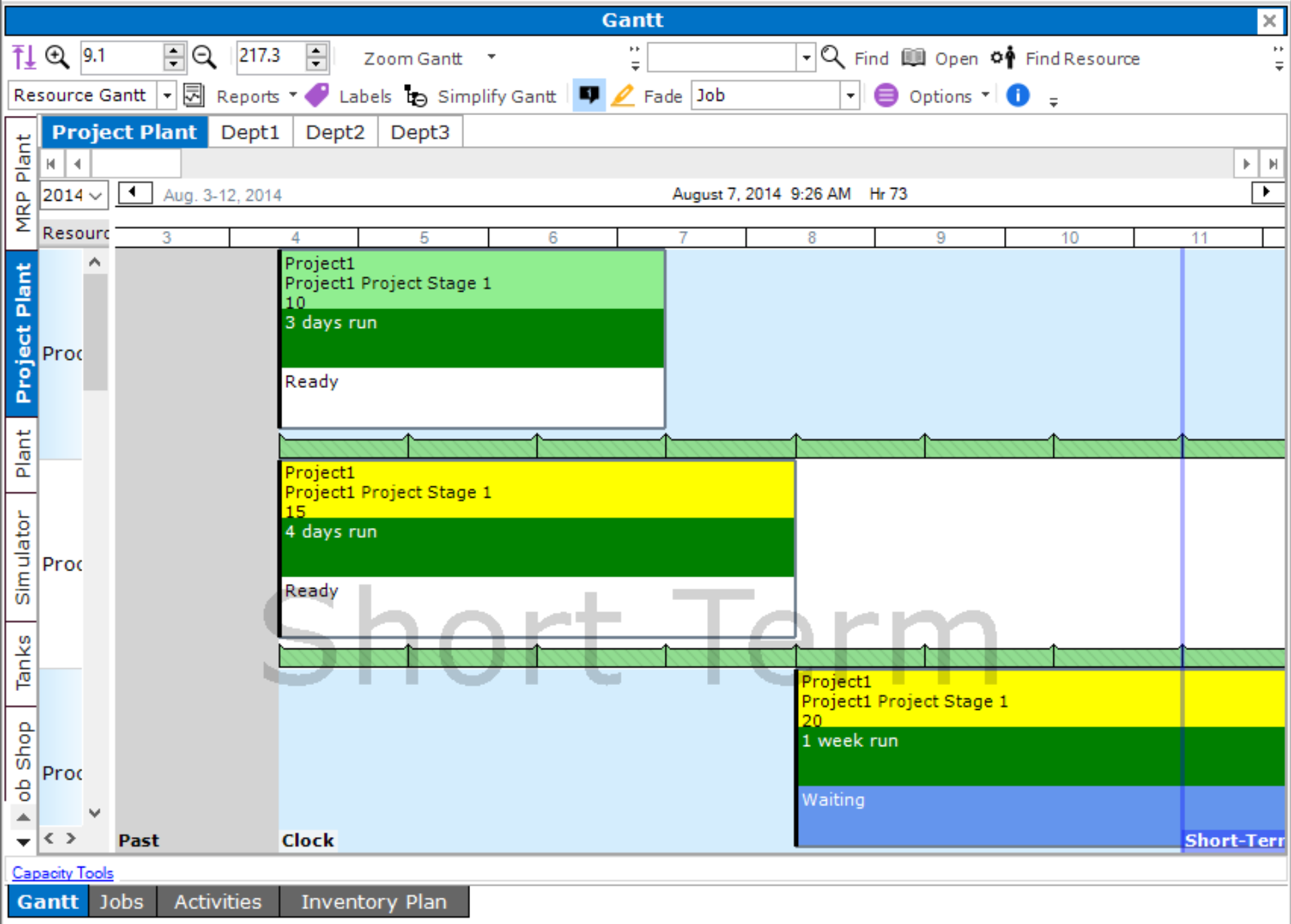 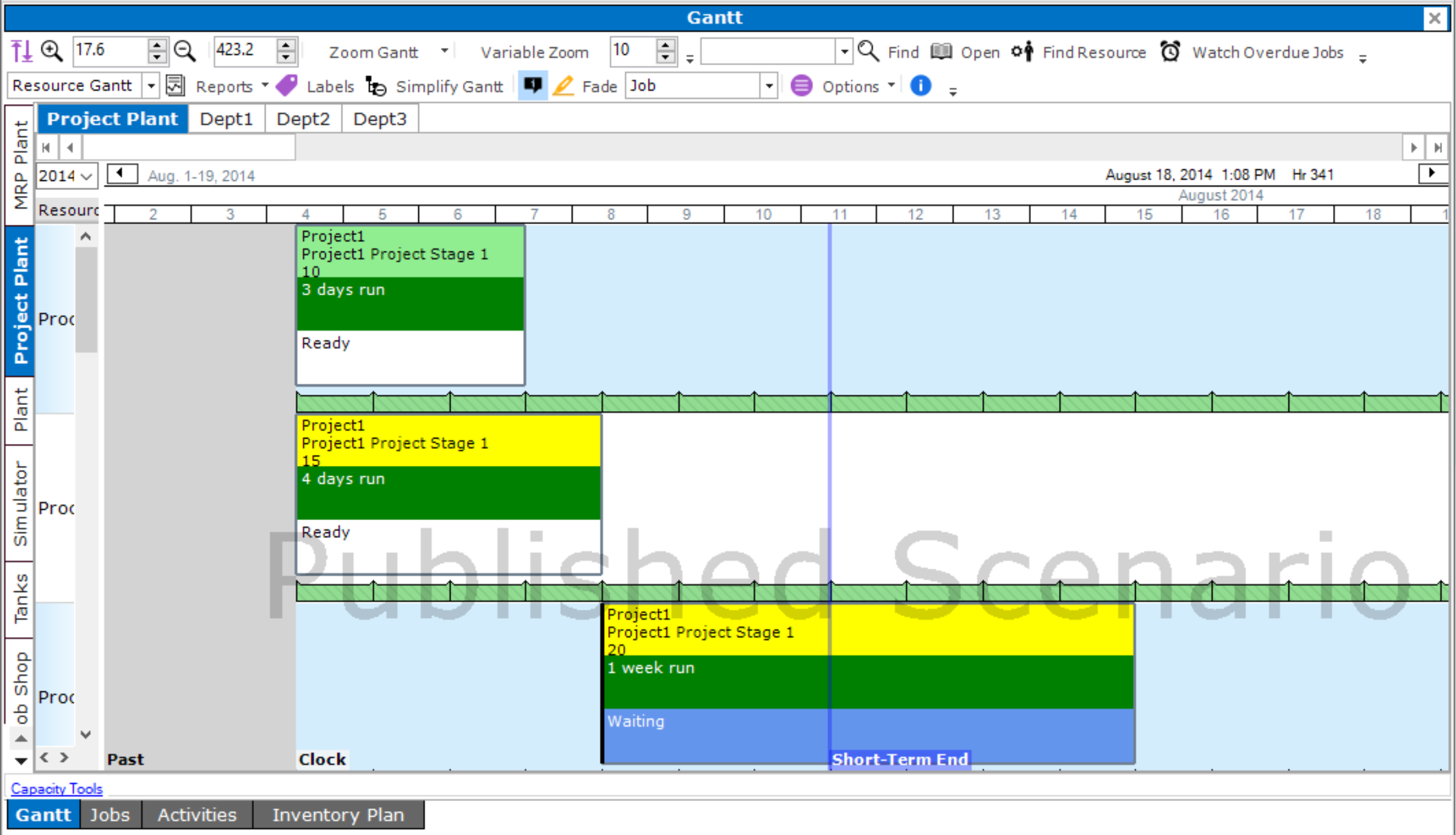 PlanetTogether can support any number of What-If scenarios and allows comparison across a number of Key Performance Indicators.

This way, planners and schedulers can compare things such as:

They are then able to decide which proposed scenario should be put into effect.

Clicking on the "Compare" tab of the Current Scenario drop-down menu will open a dialog displaying a bar graph and a grid comparing each scenario based on Key Performance Indicators (KPIs). 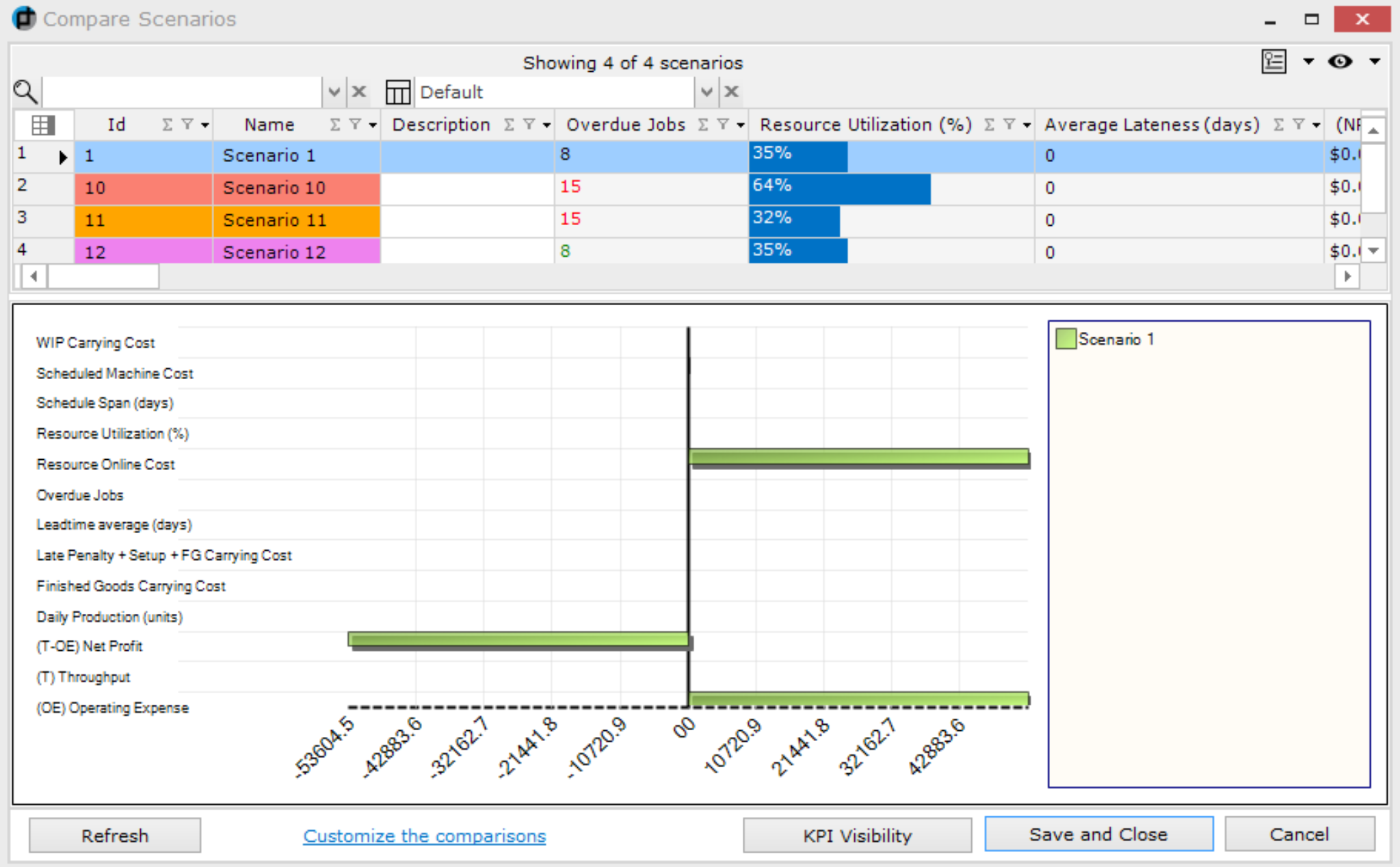 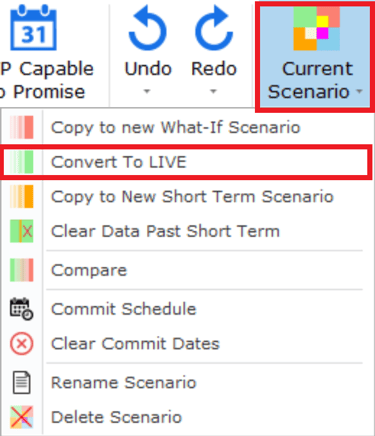 Scenarios can be deleted by clicking on "Delete Scenario" from the Current Scenario drop-down menu of the scenario you want to delete. 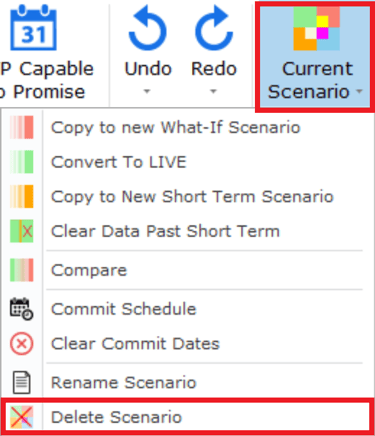 Note: Deleting a scenario cannot be undone without loading from a backup. 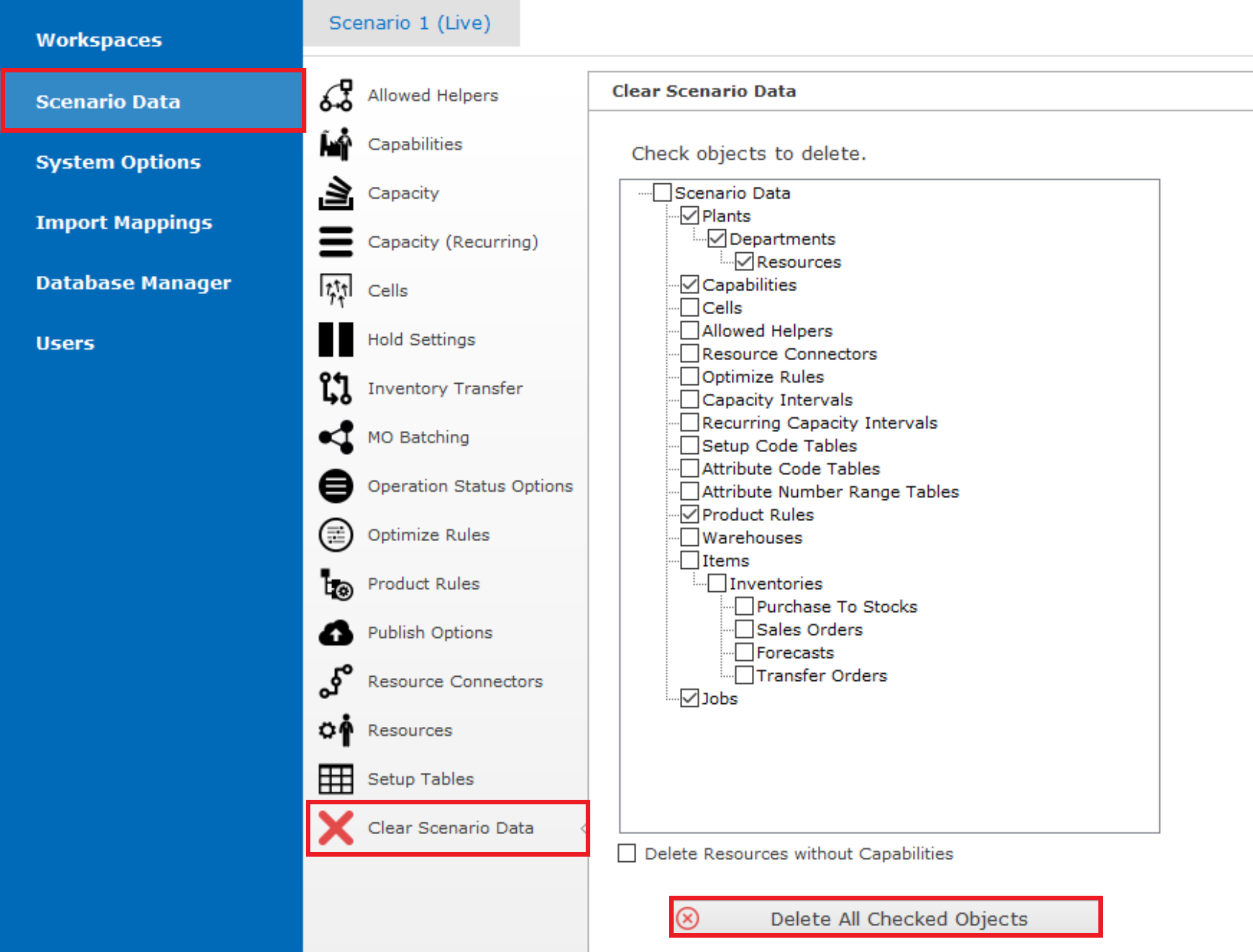