Many associate the origin of lean manufacturing tools with the automotive manufacturing giant Toyota Motor Corporation. This is true to a degree, however, the term "lean" manufacturing was only popularized after “The Machine that Changed the World” was published in the early 1990s. 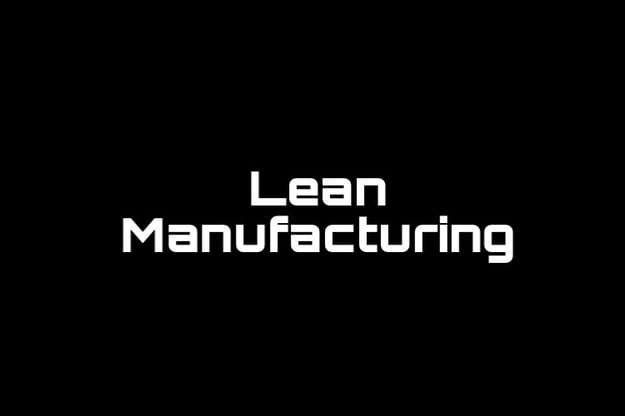 The fundamentals that became lean manufacturing are rooted at the turn of the 20th century with Sakichi Toyoda. As the story goes, the renowned inventor crafted a weaving loom for the textile industry that stopped itself when a broken thread was detected. His invention implemented the principle of Jidoka (intelligent automation) which allows the machine to react quickly when a potential problem occurs.

After selling his patents, Toyoda exited the textile industry and began his automotive company, Toyota, in 1934. Soon after, Toyoda began to study each stage of the production process in an effort to come up with solutions to improve manufacturing quality.

Toyoda's concept of efficient manufacturing evolved when he and Taiichi Ohno visited the Unites States after World War II. Ironically, after visiting supermarkets in the United States, Ohno concluded that actual sales should drive the scheduling of work, rather than sales targets or production estimations.

This “just in time” scheduling methodology developed into what became the Toyota Production System. From these seemingly basic concepts, we find the plethora of lean manufacturing tools utilized around the world.

Ishikawa (Cause and Effect)

Ishikawa works to identify problems in production processes, thus enabling the engineer to hone in on the root issue and fix the problem. It often references a "fishbone-like" diagram that displays the contributing causes to a particular event. This cause and effect analysis is mostly used for product design and quality defect prevention to identify causes that may lead to the undesired effect at hand. Causes can be grouped into the 6 M’s:

The 6 M’s organize causes into groups to better understand the contributing factors to a specific problem.

Developed by Shigeo Shingo of Toyota, mistake proofing works to prevent defects in production. This technique highlights potential issues before defected products can proceed to the next stage. Poka-Yoke is one of the more effective lean manufacturing tools used to prevent errors from reaching end-customers. As a result, a large number of manufacturing plants focused on lean processes feature the tool.